Zoom Autos – UT, Inc. is expanding and has new openings for Advertising & Media Account Managers in the Utah and Davis/Weber Counties. We are looking for individuals with high energy and exceptional people/customer service skills. 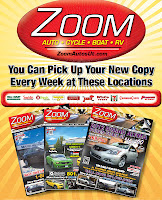 Zoom Autos– UT, Inc. is Utah’s fastest growing vehicle sales publication and internet service.  We print a free weekly display magazine containing local automotive dealers that is distributed to thousands of locations throughout the Wasatch Front - from Tooele to Evanston, North Ogden to Nephi and all points in between. We are also expanding and creating web and social media opportunities to keep our customers in the Information Age. If you want to work for a fun, fast growing company with endless opportunities, this is your ticket.  Climb on board and ZOOM with us!

Pure muscle is on display in the newest Jack Roush signature Stage 3 Ford Mustang.  This photo gallery gives you a closer look at the 5.0-liter V8 supercharged up to a whopping 565 horsepower and 505 pound-feet of torque. 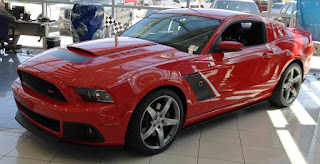 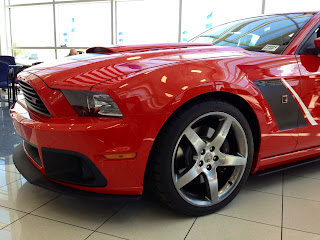 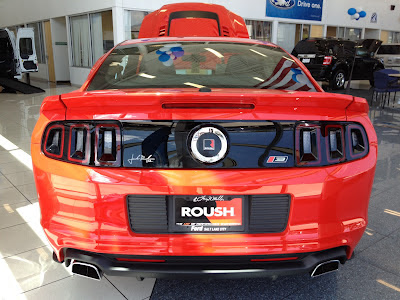 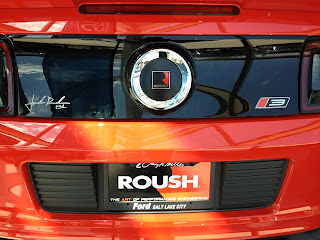 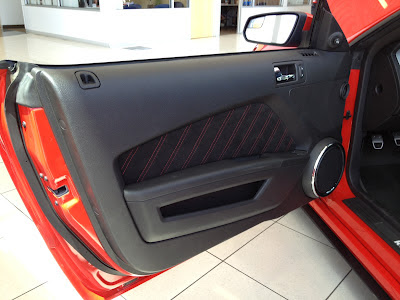 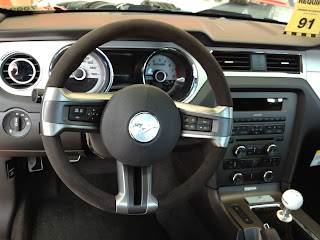 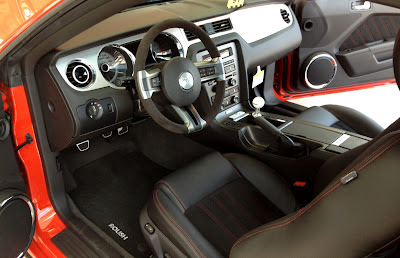 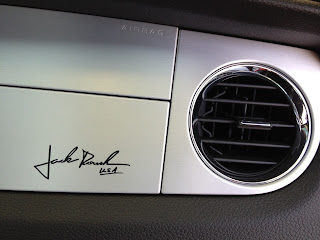 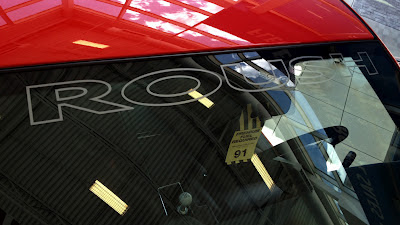 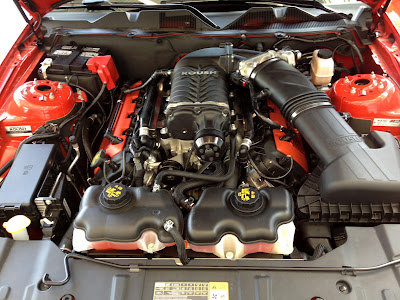 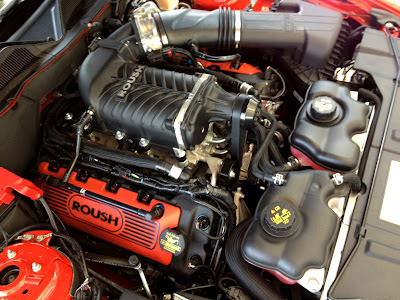 “The 2013 ROUSH Stage 3 Mustang is by far one of the best performing Mustangs to come out of our shop” states Gary Jurick, General Manager for ROUSH Performance. “The idea is not to have the highest horse power out there, but to embody all around performance and combine that with an exclusive vehicle at a great value.”

Here is the press release announcing the 2013 Roush Mustangs:

The New 2013 ROUSH Mustangs
Out With The Old And In With The New
PLYMOUTH, Mich. (April 4, 2012) – Just as the weather changes for the better moving into spring, so does the ROUSH Stage Mustangs as they move into the 2013 model year. The newly designed 2013 ROUSH Mustangs add more grunt and aggressive looks to an already impressive redesigned Ford Mustang.
The Stage 3 Mustang is the pinnacle of the ROUSH "Stage" Mustangs. Improving upon the styling of the Stage 1 and the handling of the Stage 2, our Stage 3 Mustang adds its own piece of the pie by supercharging the 5.0L-4v Coyote powertrain. It is the perfect infusion of styling, handling and power. The Stage 3 embodies everything a muscle car can and should be.
At the heart of the Stage 3 is a newly updated ROUSH supercharged 5.0L-4v powertrain, pumping out a massive 565 horsepower and 505 lb-ft of torque – more than enough power to make you one with your seat as you stab the throttle. With power numbers like these, the 2013 Stage 3 marks ROUSH Performance's highest horsepower street legal Mustang to date. Force feeding air to the 5.0L engine is ROUSH's R2300 supercharger featuring Eaton's® TVS (Twin Vortices Series) patented technology. The TVS design delivers greatly enhanced thermal efficiency, produces higher volumetric capacity, and enables higher supercharger RPM's; all of which equate to more power and better fuel efficiency in a smaller, lighter package. ROUSH powertrain engineers calibrated the new Stage 3 to the perfect combination of power, drivability and durability.
But what is power if you can't put it down on the street/track? The Stage 2 and Stage 3 packages provide greatly improved handling over stock mustangs, allowing our cars to pull over 1g of lateral acceleration on the skid pad. Part of this handling package is the 18-inch by 10-inch cast aluminum, five spoke, chrome ROUSH wheels – wrapped in the ROUSH/Cooper (co-developed) RS3 ultra high-performance tire. The suspension system consists of a larger, stiffer front stabilizer bar to reduce body roll and provide balanced, neutral handling. It also includes a unique ROUSH designed anti-wheel hop kit, twin-tube shocks with unique valving, increased rate springs as well as upgraded bushings and jounce bumpers. ROUSH chassis engineers spent thousands of hours in development and testing to create the perfect set up to aid in acceleration, cornering, stopping and ride quality
To give the 2013 ROUSH Mustangs a more aggressive look, all of the new Stages 1 through 3 platforms receive the newly designed 6th generation ROUSH Aerobody package. Dubbed the "R6″, the new aero-body package incorporates a remodeled ROUSH upper grille, high-flow lower grille, corner fascia aero-pockets with driving lamps and front chin splitter. It also includes a new ROUSH hood scoop, rocker panel and rear fascia side splitters, a three-piece rear decklid spoiler, new ROUSH rear aero-valance featuring race-inspired diffusers, and is finished off with newly designed, integrated dual chambered, chrome exhaust tips.
"The 2013 ROUSH Stage 3 Mustang is by far one of the best performing Mustangs to come out of our shop" states Gary Jurick, General Manager for ROUSH Performance. "The idea is not to have the highest horse power out there, but to embody all around performance and combine that with an exclusive vehicle at a great value."
The Stage 3 also gets an RS3 graphics package available in multiple color combinations to allow owners to personalize to their taste. Inside the Stage 3 you get a custom gauge cluster, ROUSH embroidered floor mats, a ROUSH center console button and a Stage 3 dash medallion. All Stage Mustangs receive ROUSH badging throughout and a serialized engine bay plaque.
To further customize your ROUSH Stage Mustang there are several exterior, interior and chassis options available including rear quarter window louvers and the all new Stage 3 Interior Package consisting of Stage 3 embroidered leather seating with suede inserts, suede door panels and a suede shift boot all with highlight stitching. There is also a vent gauge pod with LED boost gauge, a suede wrapped steering wheel, and a convertible light bar just to name a few. Some chassis options include three 20-inch wheels choices, four different brake packages, ROUSH laser cut hood struts and red or black ROUSH engine coil covers. Additionally, the ROUSH dual chamber off-road exhaust system to put a grin on your face and let everyone else know you're not to be messed with.
All 2013 ROUSH "Stage" Mustangs are available in both coupe and convertible chassis and both manual and automatic transmissions. They are also all 50-state legal and covered by ROUSH's 3-year/36,000-mile bumper-to-bumper warranty. The 2013 ROUSH Mustangs are expected to start showing up on dealer lots by late April 2012.

The Porsche Club of America held its annual convention, called Porsche Parade, in Salt Lake City last week.  Club members come from all across North America to celebrate Porsche ownership, compete in  events, attend seminars and visit with other PCA members they may only see once a year.

This year's Concours of several hundred Porsches was held on the grounds of the Utah State Capitol and as you can imagine was quite a spectacular display.

Several photo gallery's have been posted online including this one from Salt Lake City's Strong Porsche's facebook page: http://on.fb.me/NglPaE  and this one from Parade 2012 on Flickr:  http://bit.ly/NUySg6 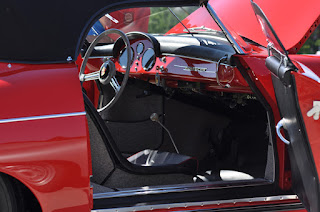 Batman's Ride - Some Comprehensive Looks at the Batmobile 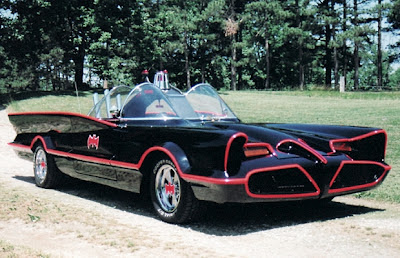 After being woefully disappointed while looking at this photo gallery of Batmobiles from CNET earlier today, Complex Rides comes to the rescue with one of the most comprehensive slide shows of Batmobiles ever put together. In honor of the release of part three of Christopher Nolan's Batman Trilogy, The Dark Knight Rises, Complex Rides has put together a huge collection of 244 slides called The Complete History of the Batmobile. They have compiled models from TV, movies, comics, and even Happy Meal toys.  Hat tip Complex Rides!  Click here to see The Complete History of the Batmobile. 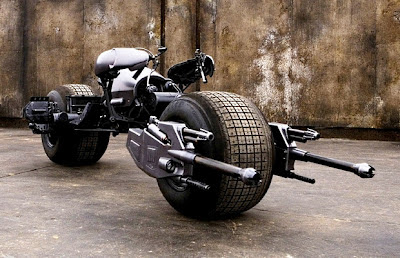 And if you still just can't get enough of all things Batmobile, the CW will be airing a television special tonight, "The Batmobile" at 8/7 central.  Here is a preview of the TV special:

Source:  Complex Rides
Posted by Admin at 5:18 PM No comments:

First Commercial for the All New 2013 Dodge Dart

The first commercial for the all new Dodge Dart, called "How to Change Cars Forever", is scheduled to debut tonight during the Major League Baseball All-Star Game.  New England Patriot's quarterback Tom Brady makes a cameo appearance in the 90 second spot as the chosen celebrity spokesperson for the Dart, indicating he will be making more appearances in future Dodge ads.  The Jay-Z and Kanye West song No Church In The Wild is used as the soundtrack for the fast paced, fast talking ad that shows in quick progression, and with a healthy dose of humor, the steps from drawing board to a Dodge car. 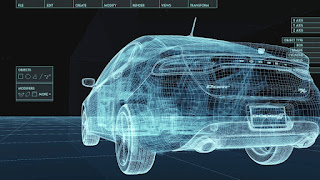 According to the press release from Dodge: "How to Change Cars Forever" is a rapid-fire "instructional" spot on how to make a world-class car today, providing an inside look into the Dodge brand's approach to designing and engineering its much anticipated entry into the highly competitive compact car segment.

The Dodge Dart is the first jointly engineered vehicle from the marriage of Chrysler and majority owner Fiat. Offered in five trim levels, the 2013 Dodge Dart starts at a baseline price of $15,995.  The Dart will be competing, mostly for young buyers, with the Chevrolet Cruze, Ford Focus, Honda Civic, Hyundai Elantra, Nissan Sentra and Toyota Corolla.

The all new 2013 Dodge Dart has been rolling in to dealerships over the last few weeks. 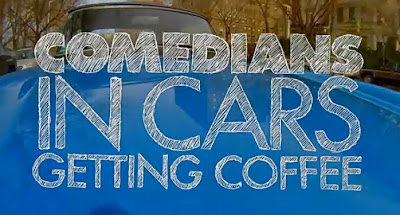 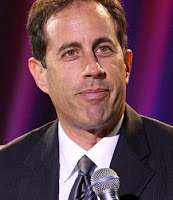 Comedian Jerry Seinfeld, a "car guy" with a special place in his heart for all things Porsche, will soon be starring in a direct-to-web car series called Comedians in Cars Getting Coffee.  The series is set to launch July 19th via it's own internet site, and also the digital provider Crackle (including Crackle's YouTube channel).

Based on the trailer, some of the comedian's friends who will be featured riding shotgun include Ricky Gervais, Alec Baldwin, Michael Richards, Colin Quinn and Seinfeld co-creator Larry David.

As anyone who is a fan of  Jay Leno's Garage knows, Seinfeld is not the first comedian with an affinity for cars to play to the internet masses.  Each episode in the Jay Leno series features his love of and opinions on cars.  Without much to go on besides the trailer, it appears, unlike Jay Leno's Garage, Seinfeld's series will be bringing the funny...hence the comedians. All the beautiful classic cars paraded through the trailer for this new web series is enough to have us wanting to see more.

Comedians in Cars Getting Coffee launches at 9pm EDT July 19th.  You can take a test drive of the new series below. 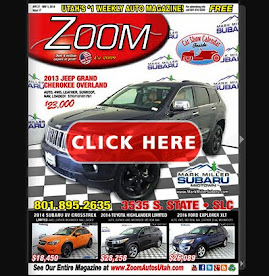